In 1961, Belle Tutaev, a young mother living in London with her four-year old daughter, wrote a letter to the Guardian inspiring the playgroup movement. 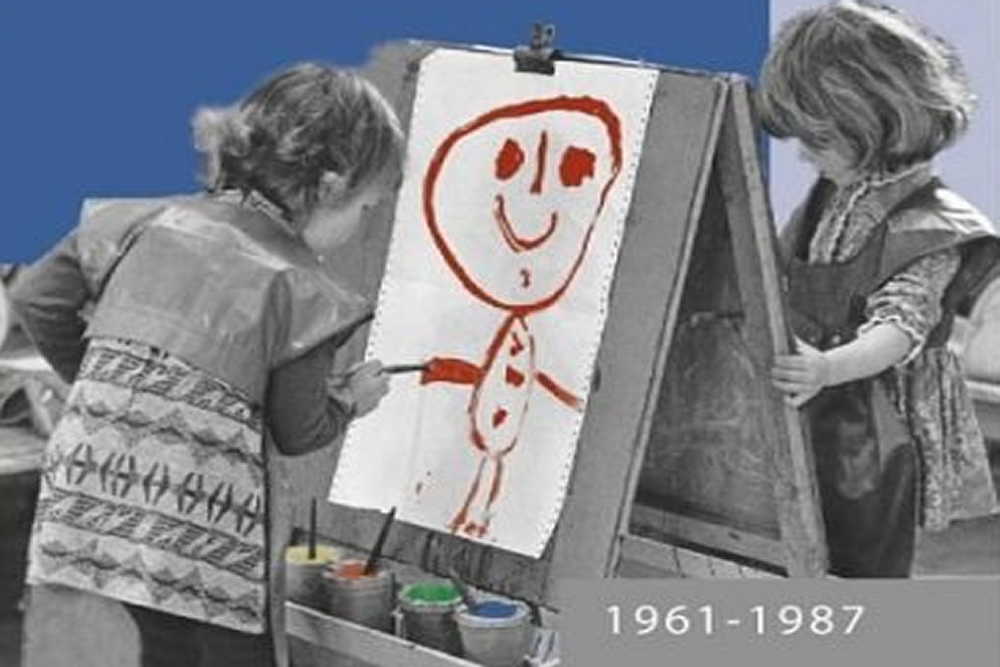 It all started with a letter…

Belle was so concerned at the lack of nursery provision, that was the result of a government embargo imposed in 1960, that she set up a playgroup for her own child and offered advice and help to anyone wishing to do the same thing.

From this letter the playgroup movement snowballed from one child in 1961 to approximately 390,000 by 1976, hence the London based Pre-school Playgroups Association (PPA) was born 16th July 1962.

At this time playgroups in Wales were part of the PPA, but there was no formal structure within Wales to bind these groups together…

Fast forward nearly 60 years and Early Years Wales is the largest umbrella organisation supporting a range of comprehensive membership services to the Early Years sector in Wales. We currently represent over 700 childcare providers in Wales, supporting over 25,000 children and their families.

Sadly Memories of the Playgroup Movement in Wales is now out of print, but we have managed locate the original file and have restored it for you to download and read at your leisure – many thanks to Jenks at Jenks Design in Aberystwyth for not deleting it.

It all started with a letter…